The love of farming and wheat harvest runs deep in Kayla Westerman’s veins.

Kayla is part of a fourth generation of farmers from Zenda, Kansas. Karla Westerman, Kayla’s mom, says, “It’s in our blood; even in my husband’s family, there’s four generations on the Westerman side and also the Werner side.”

The Werner Valley Farm was first purchased by Kayla’s great-grandparents Clem and Bernadine Werner in the 1930s. Her great-grandfather Clem, grandfather Karl, dad Jerry and brother Jace have stuck together in the family operation over the years to keep the family farm alive and continue to harvest wheat and grain sorghum and raise cattle and sheep as well.. 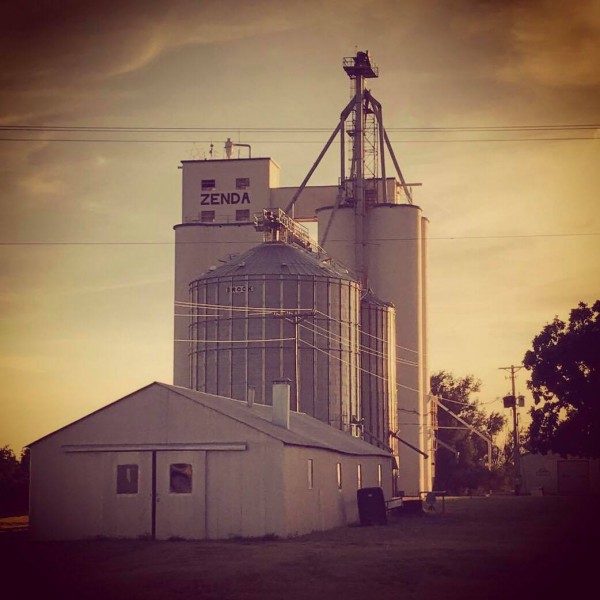 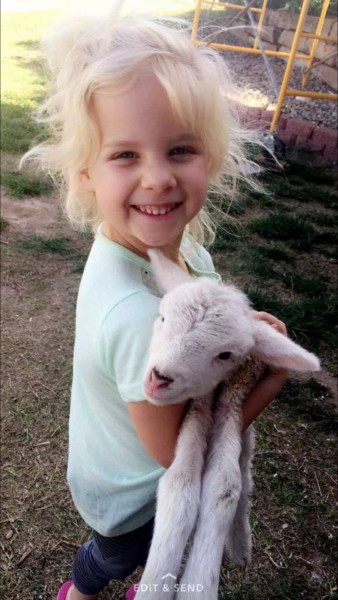 “You can actually see my grandparents’ farm from behind my brother’s house,” Kayla said.
Kayla moved to Wichita, Kansas, after college. After her daughter Paisley, who is now five years old, was born, she decided Wichita wasn’t the best fit for her and her daughter, so they moved back to her hometown of Zenda and bought a house closer to her family farm.

“I didn’t want her living in what I call a big city, but I wanted her to grow up where I grew up and getting to learn all about the farm life,” says Kayla.

Paisley already loves the farm life, helping with the sheep and cattle in the fall and winter months. During harvest, she was having dance parties with her Uncle Jace in the combine until 11:00 p.m. one Saturday night and riding in the semis to haul wheat to town.

When Kayla was younger, her fondest memory was harvest time and riding in the combine with her mom. Her mom said, “I’ve driven a combine since I was 16-years-old. My mother, Donna, taught me, and we cut wheat together for many years.”

“I’ve driven a combine since I was 16-years-old. My mother, Donna, taught me, and we cut wheat together for many years.”

The family’s nickname in the local community is the “Werner Warriors.” 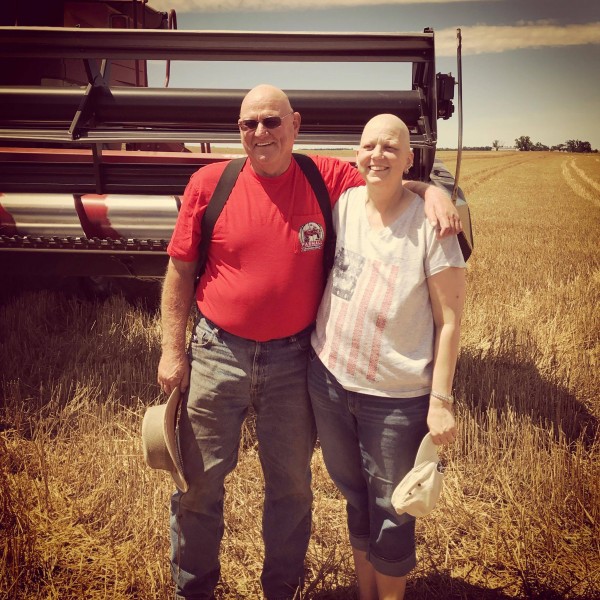 The moniker started as the “Werner Warrior Women” when Karla and her sisters Janene and Karen began fighting the battles of breast and kidney cancer, but the women aren’t the only fighters in the family. Right before harvest this year Kayla’s grandfather, Karl, was diagnosed with stage 4 lung cancer. Cancer hasn’t stopped Karl from helping on the farm as he can still be seen in the field baling hay, taking trucks to the elevator and checking his cattle.

“It’s sort of in their blood; they don’t think about the long hours or the money. They do it because they love it”

Farming is a way of life that isn’t for the faint of heart. Learn more about Kansas wheat farming by riding along with high schooler Amaya Ochs, a young lady who has set her sights on returning to the family farm. Or take a look at how wheat is grown in other states by visiting the National Association of Wheat Growers!