Take me out to the ballgame

From the grocery store to the ballpark to street carts to gourmet restaurants, hot dogs are everywhere in the U.S.! It’s National Hot Dog Day on July 21st, and we are here to celebrate!

Meat and Bread – Why Not?

Chris Von de Ahe, a German immigrant and owner of the St. Louis Browns, is rumored to have brought hot dogs to the ballpark in 1893.

But, using a bread roll to prevent the hot meat from burning your skin dates back even further. While the exact origins of bread meeting bun are unknown, the National Hot Dog Council lists two possible founders. In the 1860s, a German immigrant reportedly sold milk rolls and sauerkraut from a cart in New York City, or, in 1871 a German butcher opened the first Coney Island hot dog stand. While we may not know the true origins of the hot dog in the U.S., we are glad it’s here!

Find Your Flavor At The Ballpark

Today, variations on the meat, bread, and toppings theme abound. The official Kansas City Dog is a hot dog topped with sauerkraut and melted Swiss cheese on a sesame seed bun.

Need more carbs? Visit Wrigley Field for a Mac and Cheetos Dog – a Vienna hot dog topped with mac and cheese and Cheetos. But if pretzel bread is more your style, join Pittsburg Pirates fans to chomp down on a Cuban Pretzel Dog – a foot-long hot dog topped with pickles, Dijon mustard, ham, pulled pork, and Swiss cheese.

For more information on all the hot dog and bun variations available at America’s baseball stadiums, check out the National Hot Dog and Sausage Council Facebook page – https://www.facebook.com/NHDSC.

Now that you’ve gotten your fill of hot dogs, take a look at how to make your own Whole Grain Spaghetti Pizza! Or spend a day on the farm with the Amaya Ochs, a high schooler excited to farm with her dad! 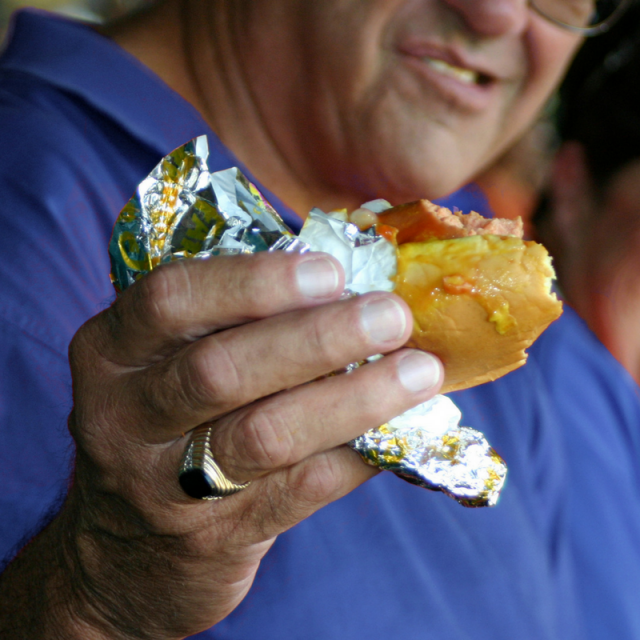