What Makes a Kernel of Wheat

Farmers talk about yield in terms of bushels, but the real story of the crop is about the wheat kernels. Farmers may pop a few in their mouth to chew to see if the wheat crop is ripe. If it’s too chewy the kernels are not ready! Plump kernels have heavier test weights indicating a better crop, whereas shriveled kernels indicate disease or drought pressure and may cause an elevator to give a farmer a discount.

Biologically speaking, the kernel, also known as the wheat berry, is the seed from which a wheat plant grows. The majority of kernels produced are not planted back into the ground, but are ground into flour and made into tasty wheat products for consumers around the world to enjoy.

Each bushel of wheat contains more than a million individual kernels of wheat. Each of those kernels have three different parts.

The bran is the outermost layer of the kernel, making up about 14.5 percent of total kernel weight. The bran is an excellent source of insoluble fiber, which makes its inclusion in whole wheat flour valuable to improving digestive health for the end consumer.

Fun fact: Depending on the class of wheat, the bran may be red or white in color. White wheat bran contains less tannins, which makes the end flour product naturally sweeter – think like white wine versus red.

The endosperm makes up the majority of the kernel weight – 83 percent. Biologically speaking, the endosperm provides nutrition to seed’s embryo. That nutrition, when made into white flour, provides human consumers with protein, carbohydrates, iron and B-vitamins.

Fun fact: When only the endosperm is used to make flour it’s enriched with folic acid and other nutrients. The enrichment of flour with folic acid was named one of the top ten health achievements of the past decade by the Centers for Disease Control. Enriched flour is now the number one source of folic acid for women of child bearing age,this extra addition has helped decrease neural tube defects in the United States by a third!

The germ is the smallest part of the kernel – 2.5 percent of total weight. The germ is the embryo of the wheat plant. Germ is often separated from flour during milling because the germ’s high fat content can limit the shelf life of flour.

Fun fact: The Bible is full of references to bread and wheat, including wheat’s life cycle. John 12:24 states:

“I tell you the truth, unless a kernel of wheat is planted in the soil and dies, it remains alone. But its death will produce many new kernels — a plentiful harvest of new lives.”

Adapted from Wheat Foods Council, “A Kernel of Wheat“

Want to learn more about the farmers that grow these wheat kernels? Take a look at the Brown family, one of the many farm families that send their wheat to become your favorite “Snack that Smiles Back!” Or learn about the Knopf family and their deeply ingrained farm heritage. 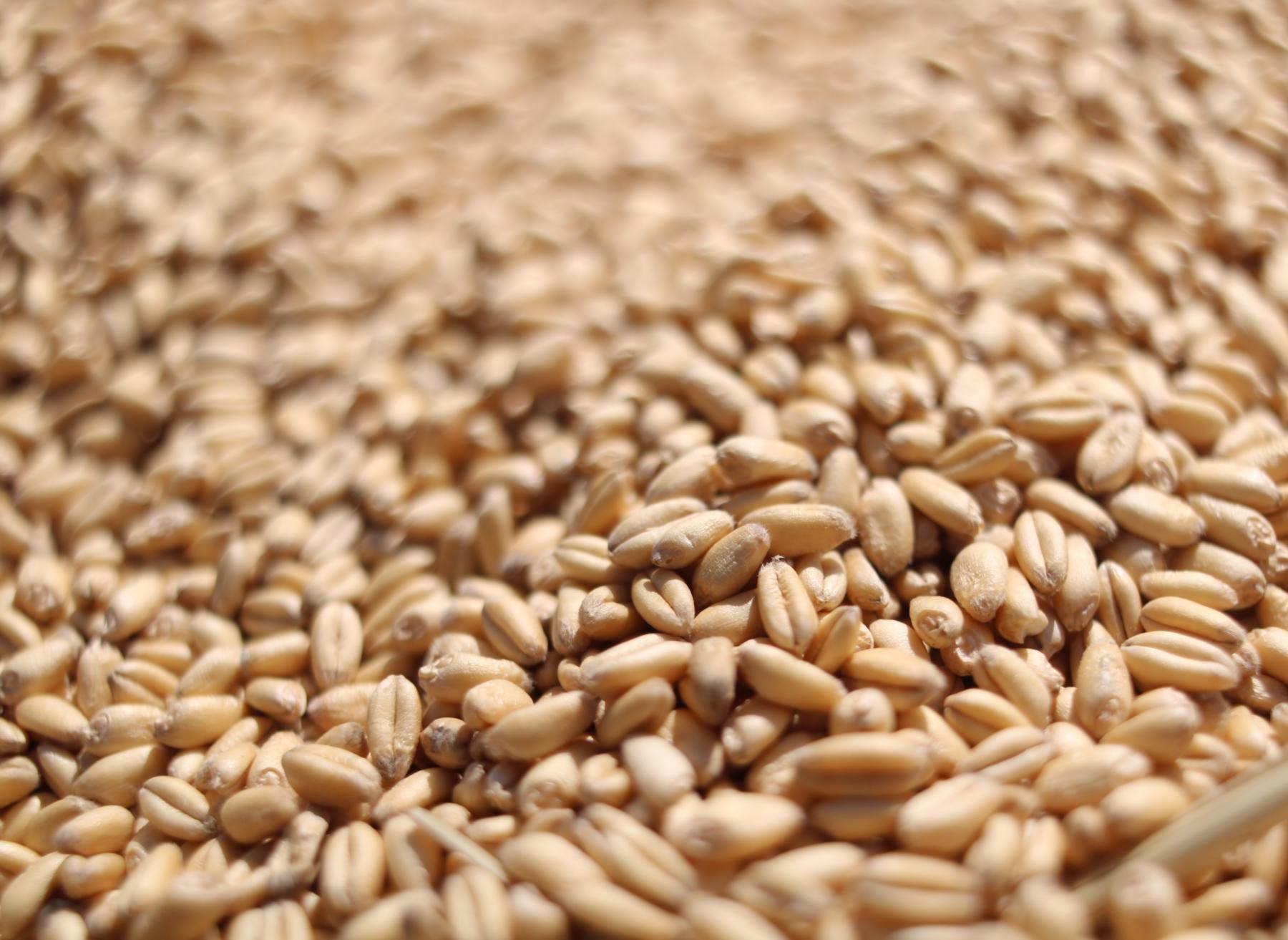