Michael Jordan from Beloit, Kansas, says his passion for farming began through family traditions. When he was six years old his dad let him sit on his lap and drive the combine for the first time, and from that day on he was hooked.

“Being the little tyke I was when I was six years old, I enjoyed every opportunity I had to go to the field,” said Jordan.
“He let me do it for real two years later.”

His hunger for farming continued into 4-H.

“There was a 4-H project in the 1960s where my dad let me harvest six acres of his land. After my project, I kept investing money back in farming and eventually took over my dad’s farm,” said Jordan.

In 1975, Jordan received his degree in agronomy at Kansas State University and now farms with his wife Joyce and son Gregory.

“We grow wheat, soybeans, milo and corn and have about 2,500 acres of crop land,” he said.

Memories on the Job

“There are many memories and long hours of working alongside my dad. I was fortunate enough that even when he could not physically drive the combine anymore that he was still able to ride with me. Now I’m the one sharing stories with him,” Jordan said.

Jordan said he is hopeful that when he is his father’s age, that he can switch roles with his son, and be the one riding along while his son is driving. 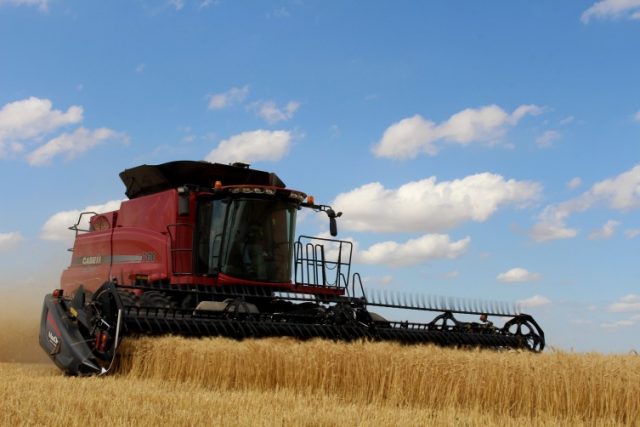 To learn more about wheat farming in Kansas, ride along with the Knopf family! Or, if you’d like some inspiration on how to use the wheat Mike Jordan produces, head to our Youtube page for recipe videos!